Hip-hop heads, are you ready for the legend that is Travis Scott?? The massive trap artist is back on tour with his latest album “Astroworld”! He’s hitting the Capital One Arena on Thursday 29th November 2018 – so what are you waiting for?! Get your tickets NOW, and be quick about it because they’re not going to last long!! 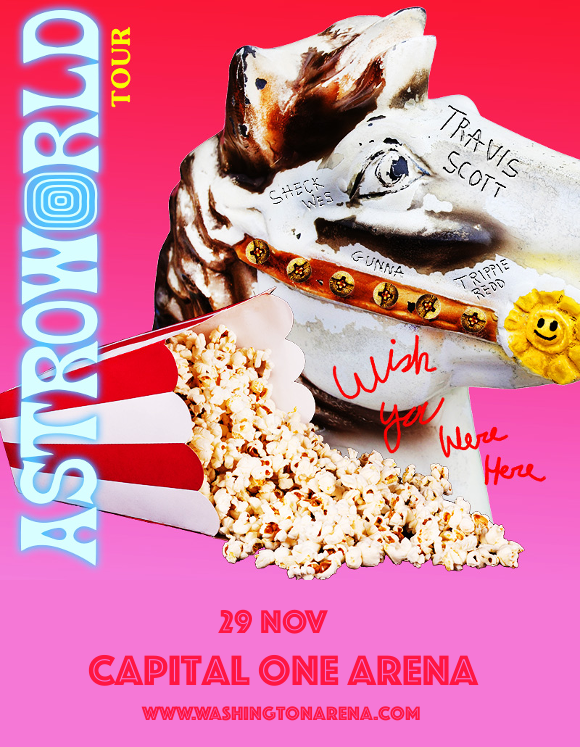 Since his debut EP “Owl Pharaoh,” in 2013, Travis Scott has led the way as one of the biggest names in rap and trap music today. His third full-length album, “Astroworld,” not only shot straight to the top of the Billboard 200, proving itself a massive hit with fans, but blew the minds of critics too, receiving a score of 84 out of 100 on Metacritic!! Highsnobiety wrote that the album "will be remembered as the moment Travis Scott produced a piece of music worthy of the riots he is capable of inducing. It's a wildly entertaining circus ride. Travis Scott desperately needed a great album to justify the hype, and with Astroworld, he just might have a classic.”

No fan can afford to miss out on the huge tour supporting this album – book your tickets today while you still have the chance!