Sia is one of those rare artists who will always keep you guessing. The minute you get engaged with her out-of-this-world showmanship, she onto another trick up her sleeve –like a sorceress concocting a new spell putting us in a trance-like state of bewilderment. We may be transfixed with her unconventional performaces, but what really makes us latch on to her artistry is her flawless pitch and outstanding voice that pierces through the depths of our being, stirring and shaking the bedrocks of our souls and emotions. All these make her fans wanting more…It takes no effort to convince her followers to jump-on the next opportunity to catch her live in concert. Hence, tickets are selling and moving out fast. Catch it while you can — go, get your tickets now! 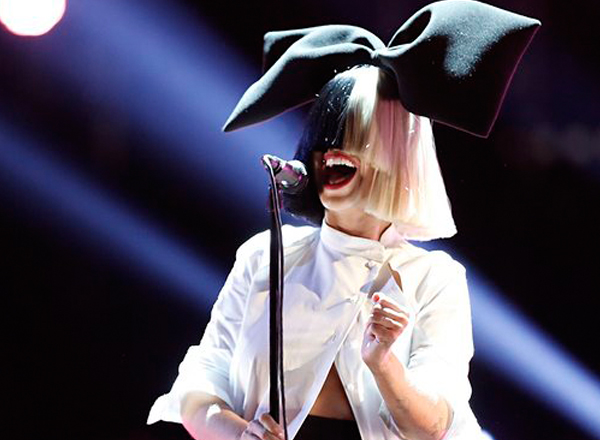 Sia is the epitome of a true blue music artist. Sia Kate Isobelle Furler is monomymously known as Sia, who built her career as a singer songwriter record producer music video director. She started as a singer for an acid jazz band Crisp in her home country in Adelaide, Australia.In 1997, she moved to London, England and provided lead vocals for British group Zero 7. After quite a few misses with her first three solo albums, Sia relocated to New York City in 2005 and released two albums. After 2010, she took a hiatus from the touring and recording scene and focused on writing songs for other artists. Among them include collaborations for the monster hits : "Titanium" (with David Guetta), "Diamonds" (with Rihanna) and "Wild Ones" (with Flo Rida). Now the unstoppable wave of hits have begun… In 2014, Sia's 6th studio album 1000 Forms of Fear debuted atop the U.S. Billboard 200 and generated the top-ten breakthrough single "Chandelier" and a trilogy of music videos starring child dancer Maddie Ziegler. This year her 7th album 'This Is Acting' spawned her first Hot 100 No. 1 single, "Cheap Thrills". Sia is a critically-acclaimed artist and has also received accolades from ARIA Awards and the MTV Video Music Awards.