Heads up, all fans of Latin American pop – and just pop full stop! SHAKIRA is going on a huge worldwide tour, coming to the Verizon Center on Tuesday 16th January 2018!! If you’re a fan of Shakira, then be sure to grab your tickets now as these tickets will sell out FAST – then head on down to the Verizon Center in 2018 for a night you won’t soon forget! 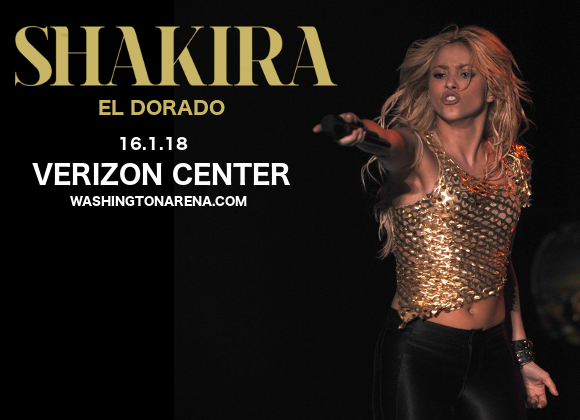 Now, many award-winning albums and smash hit singles later, Shakira is on tour with her eleventh album, the chart-topping “El Dorado”. Praised by critics for its playful, yet mature feel, the album is one of Shakira’s best yet.

Get ready to hear all the new songs live – book your tickets to see Shakira TODAY!!