Mary J. Blige comes to Capital One Arena on Sunday 18th September 2022, as part of her 23-city North American Summer Tour. The tour supports her fourteenth studio album, Good Morning Gorgeous, and the tour is also named after it. The legendary artist will receive support from Ella Mai and emerging R&B talent Queen Naija. The tour kicks off on 17th September in Greensboro, NC, and will stop at notable destinations such as Philadelphia, Atlanta, Oakland, Las Vegas, New Orleans and many mothers. The final performance will be held at New Jersey’s Boardwalk Hall on 29th October. Fans hugely anticipate the tour and are excited to see Mary J. Blige live on stage. Get your tickets ASAP before all of them are sold out! 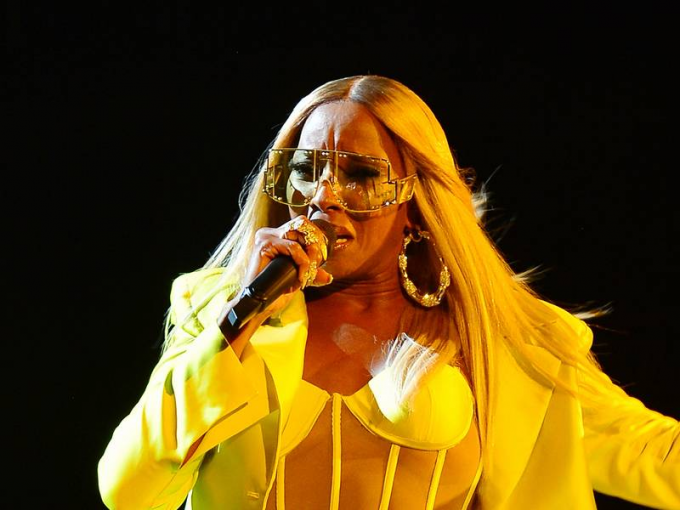 The upcoming tour is Mary J. Blige’s first headlining tour since her 2017’s Strength of a Woman. She performed in 2019 alongside Nas for a joint tour, called The Royalty tour but this will be her first solo outing in almost 5 years. Fans are pretty excited to hear plenty of music from her latest album, Good Morning Gorgeous. The album was released this year and received a lot of praise from fans and music critics. The upcoming concerts are expected to sell out pretty quickly because fans have waited for quite a while for her to be on stage once again. Blige is one of the most successful female artists in the R&B/Hip-Hop genre.
Her fans often describe her music as raw, sexy, real and comforting, which is why she is known for selling out venues. The American singer-songwriter, actress, and rapper is also known as the “Queen of Hip-Hop Soul”. She has won nine Grammies, four AMAs and ten Billboard music awards. Since 1988, she has produced incredible music, and her previous thirteen albums have also been quite successful. She will look forward to performing stellar performances for her die-hard fans. If you’re one of them, be quick and get your tickets right now before all of them are sold out!