Xscape are back!!! The larger-than-life R&B power quartet return to tear up the stage on their XSCAPE: Still Kickin' It Tour! The group will be joined by very special guests Monica & Tamar Braxton, and they're coming to Verizon Center on Sunday 26th November 2017, so indulge in a little nostalgia – tickets are on sale now! 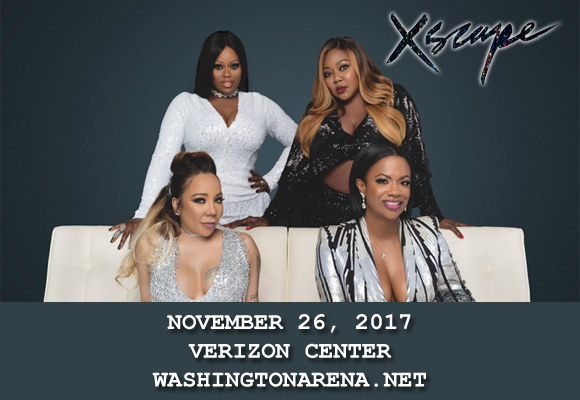 Originally formed of five members, American R&B quartet Xscape started in 1991 and currently consists of sisters LaTocha and Tamika Scott, Kandi Burruss and Tameka "Tiny" Cottle. The group found their biggest surge of popularity in the 1990s, with three consecutive platinum albums and six top-10 hit songs on the Billboard Hot 100, including "Just Kickin' It", "Who Can I Run To", "The Arms of the One Who Loves You", and "My Little Secret". The band have dispersed and reunited a few times over the years, with their official reunion announced in February 2017, followed by a flurry of performances in June after nearly 18 years apart.