The Killers are ready to give another stellar performance at Capital One Arena on Thursday, 29th September 2022. The American based band has announced their highly anticipated North American tour that will kick off on 19th August 2022 at Rogers Arena, Vancouver. This 33-date trek will run till October, and before wrapping it up, The Killers will flex their rock muscle at major venues including Seattle, Los Angeles, San Francisco, Houston, Miami, Chicago, Atlanta, Toronto, and Washington DC, Detroit and New York. The group has set this tour to promote their latest release, Pressure Machine. The album has already won many hearts, and fans are very excited about the live performances as well. Hurry up, book your tickets right away because demand is already on the rise, and they all might be sold out very soon! 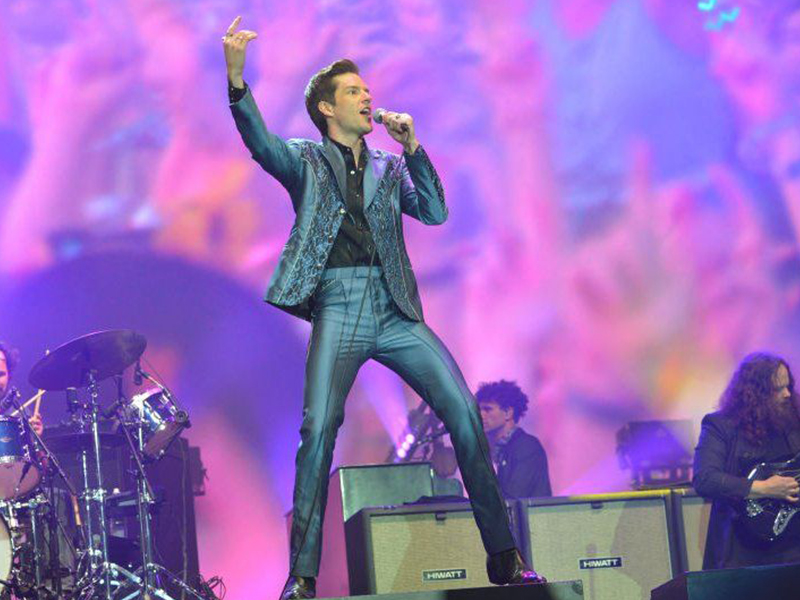 The Killers' band name was inspired from the logo on the drums of the 1980s English rock band, New Order. It is also stated by core band members that the Killers' style of music has a significant influence of New Order along with other bands such as Bruce Springsteen, the Cure, U2, the Cars and the Smiths. The Killers' music is appreciated and nominated at all notable platforms. TheThe band has won four NME Awards, Seven BRIT Award and twenty-four NME Awards along with seven Grammy Award nominations.
In the short span of eleven years, the Vegas-based rock band has achieved a lot. The Killers have released seven studio albums to date, and each of them has secured a top spot on the U.K. Albums Chart. Albums Hot Fuss, Sam's Town and Day & Age are among the biggest hits by The Killers, which took the band to a whole new level. The killers are ranked among the greatest rock bands of the 21stcentury, which have set the rock bar quite high. The band has sold 10.8 million records in the U.S., with a 28 million mark worldwide. The Killers have performed on six continents, touching major spots in over 50 countries. They are known for putting up incredible performances and selling out famous venues such as Madison Square Garden, Glastonbury Festival and Wembley Stadium. If you're a rock fan, you can't miss out on this! Buy your tickets ASAP before they are gone!