A glorious Friday night awaits all Sam Smith fans this Friday, August 4, as the multi-Grammy award-winning vocalist brings his “Gloria the Tour” to the Capital One Arena. Yes, you’ve read that right. The Unholy hitmaker won’t “put it down slowly” in giving you the best concert experience of the year this summer as he promotes his newest album. Join hundreds of Sam Smith fans as you sing along to his massive hits, including “Lay Me Down,” “I’m Not the Only One,” “Stay With Me,” and many others. If you are down for two hours of powerful vocals, superb artistry, and incredible hit songs, this is the concert for you. Click the “Get Tickets” link and be one of the lucky fans to witness Smith perform his newest songs live. Get yours now before they run out. 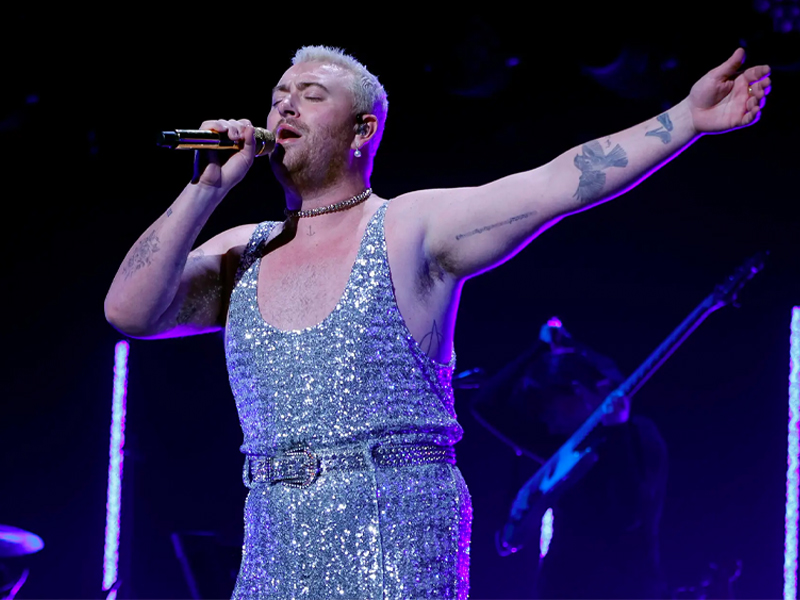 Considered one of the best male vocalists in his generation, Sam Smith is an iconic star whose undeniable talent has captured the world. Thanks to his breakout hit "Latch" and a feature in Naughty Boy's "La La La," the world was introduced to the powerful yet poignant voice of Sam Smith.

Smith released his first album, "In The Lonely Hour," in 2014 under Capitol Records. The album's first single, "Lay Me Down," showed the singer's unique voice and instantly catapulted the album to greater heights. The second single, "Money on My Mind," also reached #1 in the UK. After the international success of their third single, "Stay with Me," the album's succeeding singles, "I'm Not the Only One" and "Like I Can," both cracked the top ten in the UK. The album was nominated for Album of the Year and Best Pop Solo Performance at the 57th Annual Grammy Awards, where it took home four trophies, including "Best Pop Vocal Album," "Best New Artist," "Record of the Year," and "Song of the Year."

Smith's second album, "The Thrill of It All," was also a massive success. It was deemed by Rolling Stone as part of the "50 Best Albums of 2017." His 2020 album "Love Goes" also was a success for the singer. It entered the charts in several countries, including Australia, Canada, The UK, Austria, Belgium, the United States, Japan, and many European countries.

In 2023, the 30-year-old singer-songwriter released his fourth studio album, "Gloria." It was preceded by the singles "Love Me More" and "Unholy," the latter a collaboration with German singer Kim Petras. The 13-track album, released in late January this year, will be supported with a massive tour — much to fans' excitement.

"GLORIA the Tour" will begin on July 25 in Miami, Florida, then travel to some major venues all over the US and Canada. On August 4, Friday, Smith will perform at the Capital One Arena. If you are near the area or would be willing to travel to see the one and only Sam Smith, this is your chance. Tickets are now on sale, and you can get yours here by hitting the "Get Tickets" link.