Fans of Pink Floyd, get ready for an incredible experience. None other than the legendary leader of the groundbreaking band, Roger Waters, is coming to Verizon Center on Saturday 5th August 2017. Guaranteed to be a sell out show – book your seat today! Hit the “Buy Tickets,” button above while tickets last. 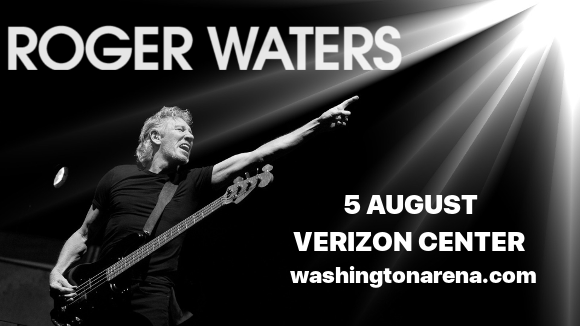 The creative force behind Pink Floyd’s direction since the band lost Syd Barrett in 1968, Roger Waters is responsible for some of the albums that shaped a generation, including the concept albums “The Wall,” and “Dark Side Of The Moon”. Since 1999, Waters has toured extensively and successfully as a solo artist, releasing the critically acclaimed albums “The Pros and Cons of Hitch Hiking”, “Radio K.A.O.S.”, “Amused to Death”, and, most recently, “Is This the Life We Really Want?”

Released 25 years after its predecessor, anticipation for the new album has been high, and fans were not disappointed – “Is This The Life We Really Want?” was met by critical acclaim, with Pitchfork stating that the album “presents his tightest, most focused songs since the mid-’70s.” A politically charged record, Roger Waters has extended the theme of the album to the tour, which he has entitled “Us And Them.” A preexisting Pink Floyd song, the title asks people around the world to eschew the “Us And Them,” concept and be united, a message more relevant now than ever.

The live show promises the visual and musical spectacle to be expected by the creative force behind Pink Floyd. Get your tickets now for a truly unmissable experience.