Post Malone comes to Capital One Arena on Tuesday 4th October 2022, as part of his 2022 North American Tour, which supports his latest album, “Twelve Carat Toothache.” The tour begins in September and runs until mid-October, with notable shows in Boston, Toronto, New York, Texas, Seattle and more. He will be joined by American rapper Roddy Ricch on several dates. Ricch also features on Malone’s single, “Cooped up,” which is part of the latest album, and he also performed the track with Malone at a Saturday Night Live performance in May. Fans are looking forward to some extraordinary performances by Post Malone and if you’re one of them, you will need to get your tickets right now before they are sold out! 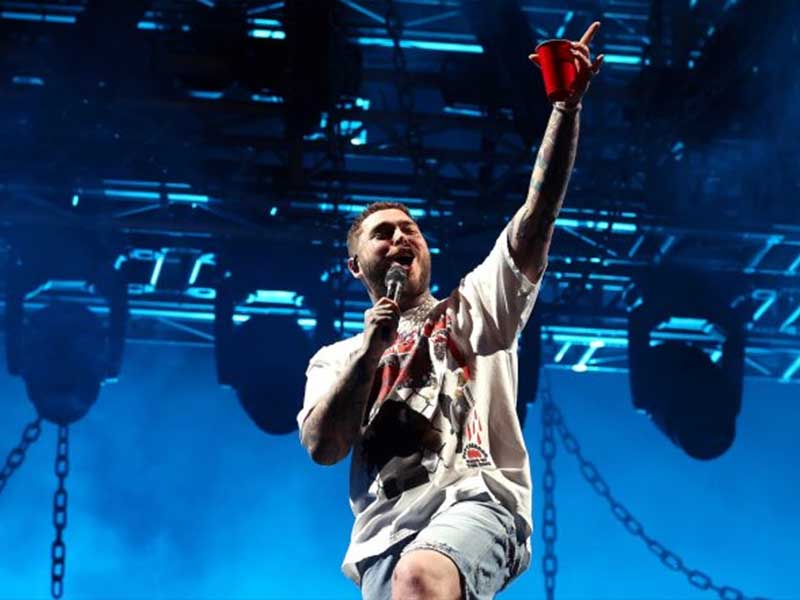 Malone last performed live in 2020 for the second leg of his Runaway tour, which featured support from Swae Lee and Yaweh. Even though the tour was cut short due to the pandemic, Malone put quite incredible performances in the earlier part. The American rapper, singer, and songwriter is famous for his diverse musical style. His music takes influence from several genres such as hip hop, trap, and R&B. He gained recognition with his 2015 single, “White Iverson,” which reached number 14 on the US Billboard Hot 100. His 2018 album, Beerbongs & Bentleys, contained hit singles “Rockstar” and “Pyscho” while the album was nominated at the 2018 Grammies for album of the year.
Post Malone’s latest album, Twelve Carat Toothache, is a follow-up to his last release, Hollywood’s Bleeding. Hollywood’s Bleeding came out in 2019 to critical acclaim and became an instant fan favorite. It was also nominated for a Grammy award. The latest album features several guests, including Fleet Foxes, Doja Cat, The Weeknd, Gunna, and Roddy Ricch. Malone is one of the best live performers who brings authenticity and energy to the stage. His fans love his style, and ticket demand is clearly very high. If you want to catch him live, be quick and buy your tickets right now before they are sold out!