Have you heard? It’s bittersweet news for Paul Simon fans, as the iconic songwriter has announced his last ever tour. The Homeward Bound tour is coming to the Verizon Center on Friday 14th September 2018! If you love Paul Simon there’s no other place to be on that day – grab your tickets while you can! 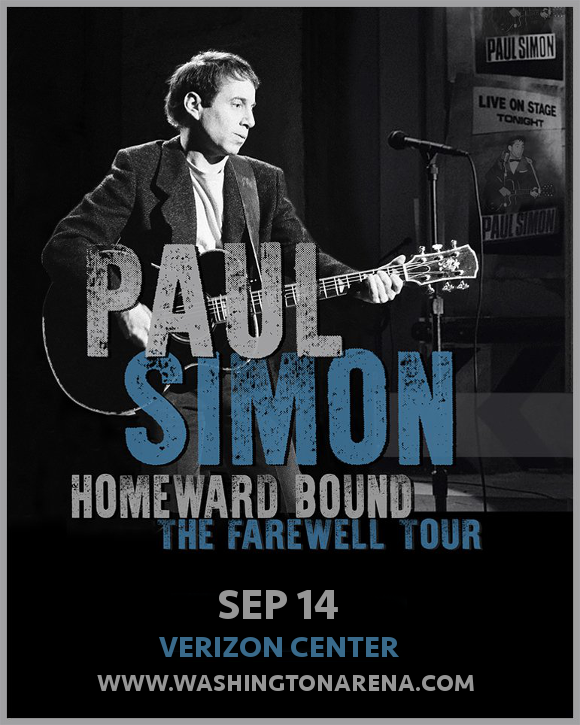 The primary songwriter for one of the world’s most well-known and successful duos, Simon and Garfunkel, Paul Simon was responsible for some of the most iconic hits in history, including “Bridge Over Troubled Water,” and "The Sound of Silence". After the pair split up, he continued as a solo artist, achieving many more awards for his work as an individual, including a Grammy for his album “Graceland,” – one of 16 total Grammy Awards won throughout the course of his career. In 2006, he was listed as one of the "100 People Who Shaped the World” by Time Magazine.

It’s your very last chance to see Paul Simon on September 14th – don’t miss it!! Get your tickets NOW!!