Tickets are already flying out for one of the most exciting hip hop collabs of the year! It's double trouble with the Nickihndrxx Tour: a co-headlining stint featuring Nicki Minaj & Future, which lands at Verizon Center on Sunday 23rd September 2018! Get ready for one dope party as the Harajuku Barbie and Future Hendrix bust out their chart-topping tunes and spit it, in a dope link-up that's got everyone talking! 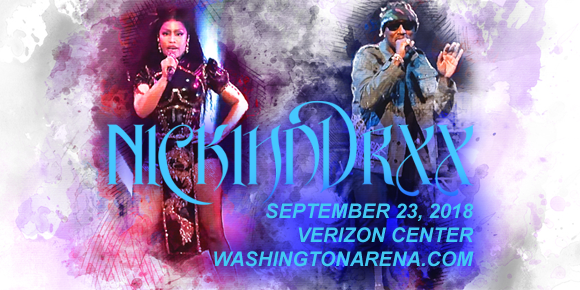 Ten-time Grammy Award-nominated American rapper, singer, songwriter, model, and actress Nicki Minaj has sold 20 million singles as a lead artist, 60 million singles as a featured artist and over five million albums worldwide to date, making her one of the world's best-selling music artists. Minaj first made waves in the hip hop scene in the late 2000s with a string of mixtapes: Playtime Is Over (2007), Sucka Free (2008), and Beam Me Up Scotty (2009). In 2010, she released her debut studio album, Pink Friday, which peaked at number one on the US Billboard 200 and was eventually certified triple platinum by the Recording Industry Association of America (RIAA). Since the beginning of her career, Minaj has won six American Music Awards, eleven BET Awards, three MTV Video Music Awards, four Billboard Music Awards and a Billboard Women in Music Rising Star Award. Her fourth studio album, Queen, was released in 2018.