Fans of folk rock and modern folk get excited – the heavyweights of the genre, Mumford and Sons, are back with the all new album “Delta,” and a MASSIVE worldwide tour – coming to the Capital One Arena on Friday 14th December 2018 for a concert that will make your year! No fan can afford not to be there – so don’t delay!! Grab your tickets while they last!! 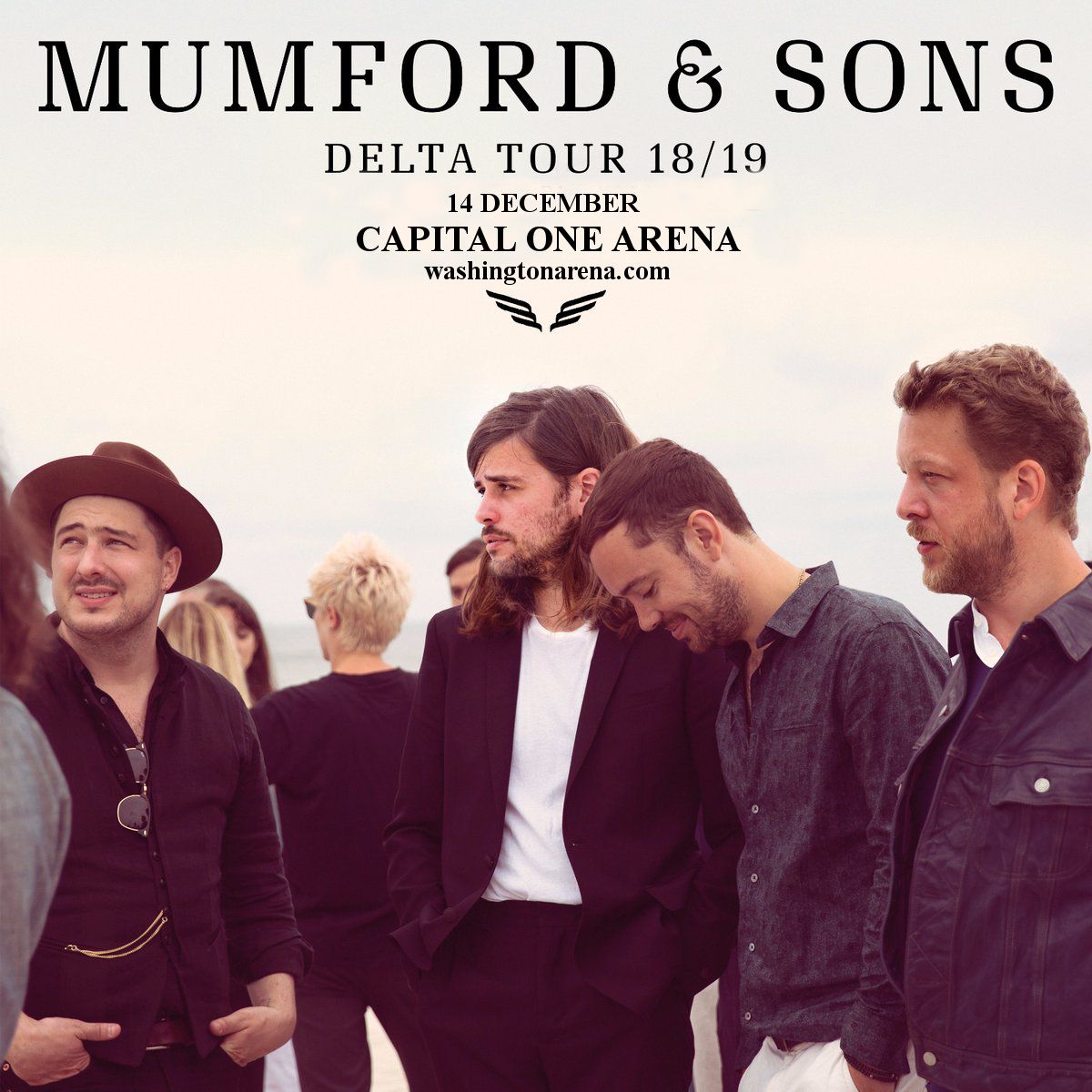 Due out November 16, the band’s latest work, “Delta,” involves some of the traditional folk instruments of their early albums. However the unique way those same instruments have been used takes the band sonically in an all new direction from their last album, with aspects of electronica and jazz. “We all feel slightly different about the next album,” said guitarist Winston Marshall in an interview. “If you’re going to write an album of 10 songs, our attitude is that you need to write 30 and choose 10 f****** good ones. We could probably put out a not-so-good album right now, but it’s better to wait and put out a great one.”

Are you ready to experience that great album live?? Then don’t miss out – get your Mumford and Sons tickets NOW before they disappear!!