Grammy Award-winning Mexican group Mana is coming to Washington, D.C. this spring for a coveted performance! On Friday, 21st April 2023, Mexico’s prolific and best-selling band Mana is set to light up the city’s most iconic entertainment venue, the Capital One Arena! Fans can expect an electrifying setlist packed with hits like “Oye Di Amor,” “Raya Da El Sol,” “Clavado En Un Bar,” and many more! The show is part of Mana’s extensive 2023 tour, covering several major cities in the U.S.! If you’re a Mana fan, you should hurry and grab your tickets to see this unprecedented Mexican act conquer the Capital One Arena! 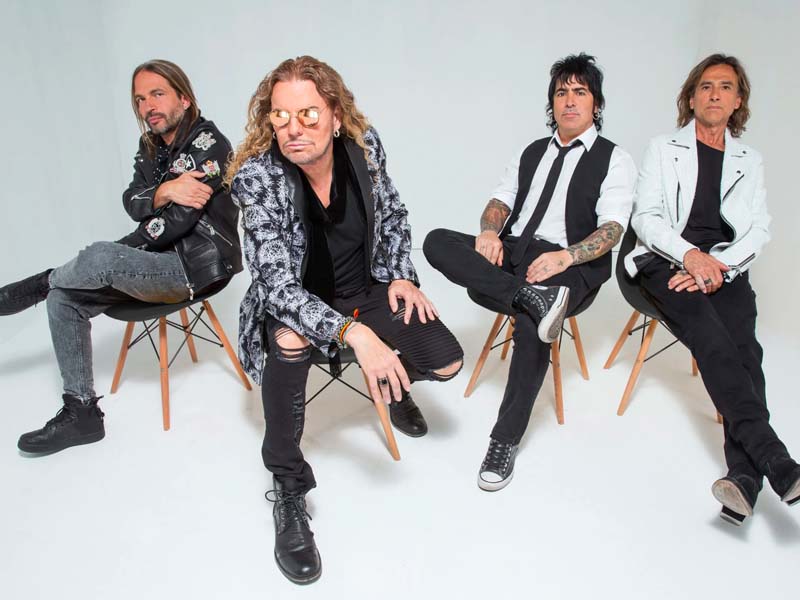 Mana recently wrapped up an extremely successful 2022 run across the United States. The celebrated Mexican band has been one of the most in-demand Latin performers in the U.S. That’s why this 2023, the band has prepared a bigger and more exciting show for fans. As one of Mexico’s top-selling groups, the band has made a mark with its nine studio albums and 31 highly-acclaimed singles. Since their emergence in 1981, the group has released ten number 1 singles on the U.S.’s Latin charts. In their home country, Mana has dropped five number songs. Although all their songs are in Spanish, Mana has no problems breaking the language barrier. They have sold more than 40 million albums worldwide, which is growing daily.

In 1987, the band released their eponymous third album, the first studio effort to be released under their name, Mana. By 1990, the band had made its breakthrough. Their fourth album, Falta Amor, peaked at number 27 on Billboard’s Latin chart and number 13 on the Latin Pop chart. Their follow up album, ¿Dónde Jugarán Los Niños? achieved even more phenomenal success when it earned a diamond certification in Mexico and 12x platinum in the U.S. The album spawned the hits “Cachito” and “Oye Di Amor, " which also attained platinum status in Chile, Spain, and Argentina.

To experience Mana’s famous high-energy set, you should act quickly and score your tickets now!