Fans of Lorde, get VERY excited – the New Zealand singer-songwriter is about to go on tour with her hotly anticipated sophomore album, “Melodrama”. Make sure you see the international star on Monday 9th April 2018 – it's going to be one hell of a show! Believe the hype! Tickets are on sale now, but they’re not going to last long – don’t delay in getting yours!! 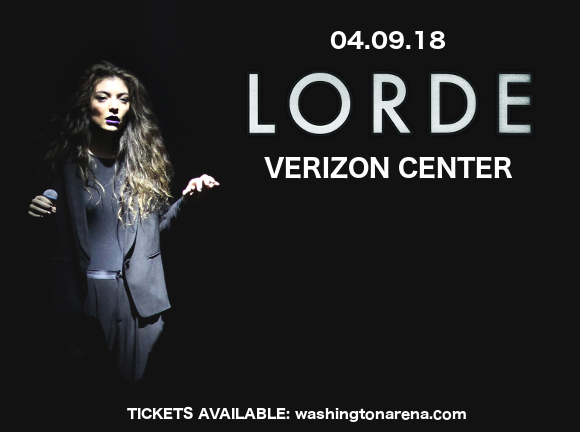 Ella Marija Lani Yelich-O’Connor, one of the youngest successful singer-songwriters in the world right now, started to perform at a very early age. By the time she was a teenager, she was signed to massive major label Universal Music Group, took the stage name Lorde, and paired up with the award-winning songwriter Joel Little to co-write and produce her work. “The Love Club EP”, her first release, reached second spot in both the New Zealand and Australian charts!!

The success of her first single from her upcoming album, the globally well-known “Royals,” propelled Lorde to number one in the US and to fame and stardom across the planet! Fans have been waiting for her second album for 5 years now, and now she’s about to take it to the road – be among the first to hear all the new songs live!! Book your Lorde tickets today!!