The biggest rapper in the world is back – that’s right, it’s Jay-Z, on tour with his brand new album, 4:44!! He’s live at the Verizon Center on Wednesday 29th November 2017 – don’t miss your chance to see this living legend live!! Book your tickets today – hit the “Buy Tickets,” button above fast, they ain’t gonna last long!! 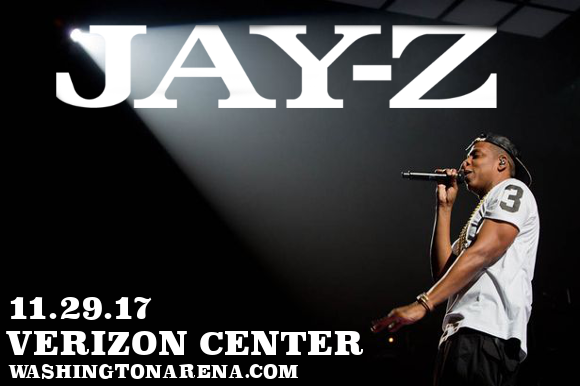 With 3 of Jay-Z’s albums – “Reasonable Doubt” “The Blueprint” and “The Black Album” – listed by Rolling Stone as part of The 500 Greatest Albums of All Time, Jay-Z is one of the biggest forces in popular music today. His latest album has been released to similar acclaim, with Pitchfork rating it highly and stating; "The most crafty and evasive MC lays bare his complicated life.This late-career gem is personal and diamond-sharp, confronting the failings and legacy of Shawn Carter and America.”

What are you waiting for?? Grab your Jay-Z tickets NOW!!