Ladies and gentlemen, tickets are now available to see the biggest breakout band of the last decade: Imagine Dragons are on tour promoting their new album, “Evolve”! What’s more, they’re bringing none other than Grouplove & K. Flay with them as support, making this a truly unmissable show! Coming to Verizon Center on Sunday 5th November 2017, get your tickets NOW for a show that will blow your mind! Hit the “Buy Tickets,” button to get yours – limited availability. 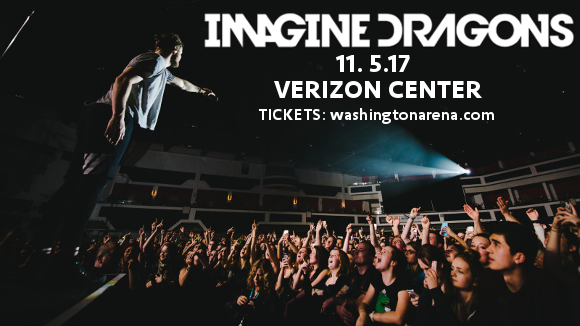 “Night Visions,” was a phenomenal success, becoming the highest charting rock album in 6 years, selling over 83,000 copies and topping both Billboard’s Alternative and Rock Album charts. The band’s second album, “Smoke + Mirrors,” instantly reached number 1 upon release in the US, Canada, and the UK. Now on tour with their third upcoming album, “Evolve,” Imagine Dragons have grown even further both in their musical and conceptual direction. Known for their incredible, high-energy, uplifting live performances, they promise a show you will truly never forget.

Well, what are you waiting for?? Book your tickets to see Imagine Dragons TODAY!!