Verizon Center is proud to present the most eagerly anticipated show of the year!! It’s Harry Styles, on tour with his fresh new solo album!! With support from the phenomenal Kacey Musgraves, he’s coming to the Verizon Center on Sunday 24th June 2018 for a show that will blow you away! Pulling out all the stops, Harry Styles above all others knows how to make a crowd go wild, with a phenomenal, unforgettable live show! Tickets are on sale now and disappearing fast!! Get yours while they last!! 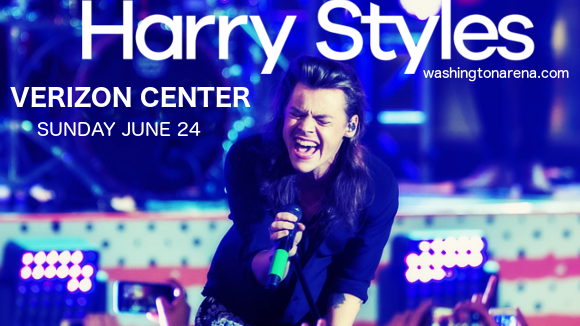 Topping the charts in multiple countries, Harry Styles’ new album is a drastic departure from his previous work with One Direction. Critics and audiences alike were captivated by the album’s rock n’ roll sound, described by the New York Times as “steeped in the singer-songwriter music of the late 1960s and 1970s, and in moments, in the flamboyant harder rock of the late 1970s and 1980s.” The self-titled record and the tracks contained within it allow Harry Styles’ songwriting skills to shine in a way they’ve never been seen before!!

Get ready to hear all the new material live – book your tickets to see Harry Styles NOW!!