Are you ready for the show of the year?? It’s going to be a fierce femme extravaganza with Halsey, PartyNextDoor & Charli XCX at the Verizon Center on Monday 9th October 2017! Escape to your happy place with a night of excitement and awe-inspiring entertainment – you're worth it! Go ahead and get your Halsey, PartyNextDoor & Charli XCX tickets today!! 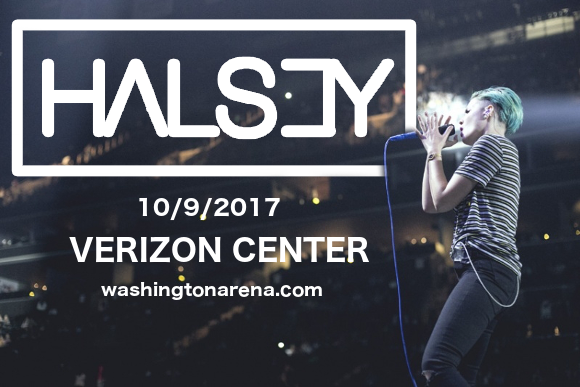 Ashley Nicolette Frangipane, known to the world simply as Halsey, is one of the hottest new pop acts to burst onto the scene in the last decade!! Showing talent from an early age, she played multiple classical instruments before moving onto acoustic guitar aged 14. Age 18, music became a way of earning money for her, and she started to play acoustic shows in different cities under various names, eventually settling on “Halsey,” an anagram of her first name and a reference to a street in Brooklyn which was important to her.

In 2014, Halsey recorded a song entitled “Ghosts,” which got her the attention of the Astralworks record label, and she released her debut EP, Room 93 with them later the same year. Throughout 2014 and 2015, she toured with major acts and played festivals, gaining her a massive audience and fanbase. Her debut album, “Badlands,” was released to a positive reception from audiences and critics alike.

Halsey is now on tour with her brand new album, “Hopeless Fountain Kingdom”. Be among the first to hear all the fresh new material live – book your tickets to see Halsey quickly while they last!!