Fans of Pop Rock and New Wave, get ready for the show of a lifetime: Hall and Oates & Tears For Fears are going on tour together on a trip that will take them to the Verizon Center on Monday 26th June 2017 ! Tickets are available now – what are you waiting for? Grab them now, while they last!!! 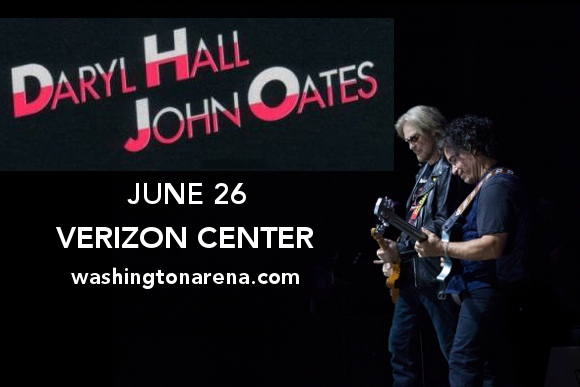 Philadelphia-hailing musical duo Daryl Hall and John Oates rose to prominence in the 1970s to the mid-1980s, with their six massive number one hits, heavily played by radio to this day: "Rich Girl", "Out of Touch”, "I Can't Go for That (No Can Do)", "Kiss on My List”, "Maneater", and "Private Eyes”. With over 40 million records sold throughout their career, Hall and Oates are one of the most successful musical duos of all time!!

Formed in 1981 by band members Roland Orzabal and Curt Smith after their first band fell apart, Tears For Fears were initially part of the New Wave Scene that was sweeping across England, but later ventured into mainstream pop and rock territory. After finding massive success in the UK with their debut album “ The Hurting,” the pair became famous in the US, with their second album, “Songs from the Big Chair” hitting the number one spot on the Billboard 200!

Don’t miss your chance to catch these two phenomenal duos live – book your tickets to Hall and Oates and Tears For Fears today!!!