Game of Thrones fans, prepare to be transported to Westeros!! The Game Of Thrones Live Concert Experience, led by award-winning composer Ramin Djawadi, is coming to Verizon Center on Tuesday 25th September 2018 to give fans the best night of their life! So what are you waiting for? Don't miss this exciting event! Tickets are on sale NOW! 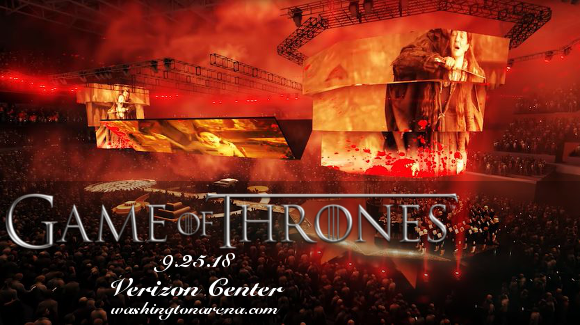 Known for his work on TV shows such as Westworld , Flash Forward, and Prison Break, Rain Djawadi is known for his scoring on massive blockbuster films such as Warcraft, Pacific Rim, Iron Man, and Clash Of the Titans, Ramin Djawadi has truly pulled out all the stops for the upcoming tour, adapting the score for a live performance with some all-new versions of pieces from the seventh series.

With massive LED screens and clever stage technology creating an onstage set, get ready to truly experience another world on Tuesday 25th September!