Eric Church is a hard working man! The Nashville singer and songwriter is hitting the road once again on his Holding My Own tour, and he'll be doing exactly that! The country powerhouse will be performing over 50 dates, and each show will involve two full sets from the man himself, eschewing support acts to give the fans exactly what they want! Church comes to Verizon Center on Friday 19th May 2017 – tickets are on sale now! 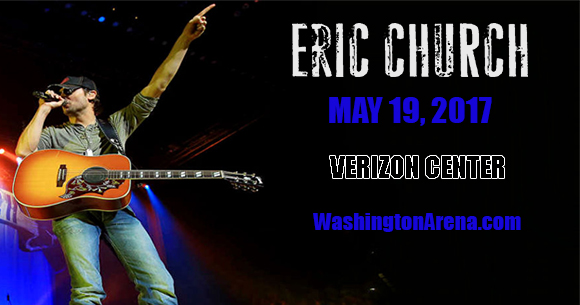 American country music singer and songwriter Eric Church signed to Capitol Records, Nashville in 2005. To date, Church has released five studio albums (his third album, 2011's Chief, hitting the number one spot in the Billboard charts), and seven number one singles. His fifth studio album, Mr. Misunderstood, was released in November 2016 and was nominated for Album of the Year at the 2016 ACM Awards, with the title track also nominated for Video of the Year. The album's second single, "Record Year", was released to the radio in March 2016 and reached at number one on the Country Airplay in August.