Known for its commitment to providing outstanding entertainment from the world's top talent, Verizon Center is outdoing itself this time, as it brings you international superstar Ed Sheeran on Tuesday 19th September 2017! Tickets are currently available for this show, but be quick – they won't last long! 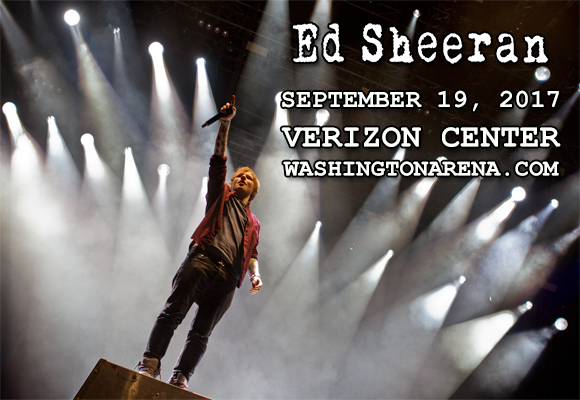 After years playing London's open mic cicuit, English singer, songwriter and record producer Ed Sheeran found fame with the release of his seven-times platinum major-label debut “+”. His follow-up went on to win him the 2015 Brit Award for Album of the Year, as well as the Ivor Novello Award for Songwriter of the Year, and launched the single “Thinking Out Loud”, which won Sheeran two Grammy Awards at the 2016 ceremony: Song of the Year and Best Pop Solo Performance. March 2017 saw the release of “÷”, which went straight to the top spot in the UK, the US and other major markets, and launched two record-breaking singles: "Shape of You" and "Castle on the Hill", which debuted at number 1 and 2 in the UK, Australia and Germany. This year, Sheeran became the first artist to have two songs debut in the US top 10 in the same week.