A heady concoction of world-class talent, both old and new, rock supergroup Dead & Company comes to Verizon Center on Tuesday 21st November 2017! Catch John Mayer, Oteil Burbridge, Jeff Chimenti and three of the core members of the Grateful Dead as they performed beloved 'Dead songs in a show that will take your breath away! 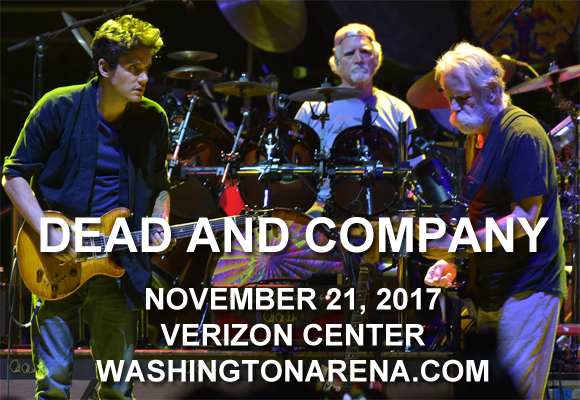