Chance The Rapper is headed to Capital One Arena on Friday 11th October 2019 on The Big Day Out Tour! The Chicago-native has a stacked A-list line-up on his debut studio album (including tracks with Death Cab for Cutie’s Ben Gibbard, Justin Vernon aka Bon Iver, CocoRosie, and more), and will be bringing some very special guests along for the ride on his new tour, so expect big things from one of hip hop's hottest stars! 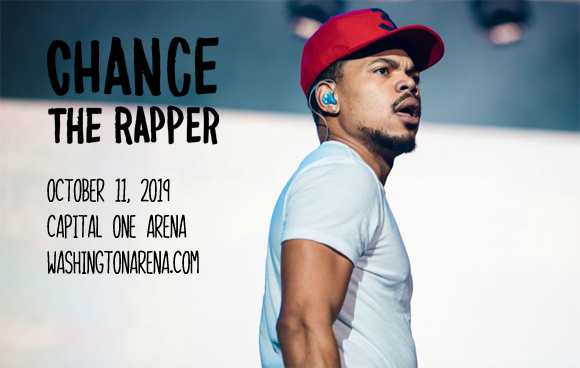 One of the most distinctive voices in modern hip hop, Chance the Rapper is an American rapper, singer, songwriter, actor and activist, who began his career in Chicago in 2010 with the released of his debut mixtape 10 Days. His second mixtape, 2013's Acid Rap, was critically acclaimed and paved the way for his third mixtape, Coloring Book (2016), which peaked at number eight on the Billboard 200 and earned him three Grammy Awards, including the award for Best Rap Album, becoming the first streaming-only album to win a Grammy. He released his debut full-length studio album, The Big Day, in 2019.